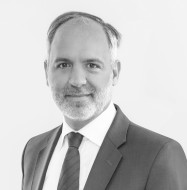 Louis founded CORNERSTONE in 2017 after a long career in Private Equity first as an investor (Limited Partner or LP) for the first 8 years and then as a fundraiser since 2008.

As an LP he was a senior member of the original fund of funds team of EURAZEO Investment Managers (when fka AGF Private Equity part of Allianz and then Idinvest Partners) in Paris which was the first private equity entity of Allianz to manage third party institutional capital having pioneered in France the combination of Primary, Secondary and Co-investment in the same comingled vehicle.

He then served as Senior Vice President in the Private Equity Group of J.P. Morgan in London and New York, before joining the Fund Investor Relations team of 3i in 2008 where he led the successful fundraising of 3i Growth Capital Fund which despite being raised in the midst of the Global Financial Crisis, closed on €1.2 billion in 2010.

He then served as Advising Partner to Access Capital Partners, leading business development with investors in North America.

Louis started his career in 1997 as a corporate credit Analyst for international mid-market companies at BNP Paribas. He holds a First Class Honours degree in Finance from the European Business School in Paris (EBS Paris).

An enthusiast supporter of several charities and foundations, Louis is a Trustee of the French War Graves Commission in the UK. Louis is a French and British national, he speaks English, French and Spanish.